Jay Inslee, the Governor of Washington state, has appointed a Nigerian, Edirin Okoloko, to Snohomish County Superior Court as a judge.

“Edirin has a clear dedication to the legal profession and a successful history of bringing justice to some of our state’s most vulnerable crime victims. He will be an excellent addition to the bench in Snohomish County”  Inslee said.

Okoloko will replace Judge George Bowden who is retiring. Okoloko, who bagged his Bachelor of Law from the University of Benin in Nigeria and received a law degree from the Seattle University School of Law, has worked for the past 13 years in the Snohomish County Prosecuting Attorney’s Office, where he is a Deputy Prosecuting Attorney working on homicide, sexual assault, child abuse, and elder abuse cases. 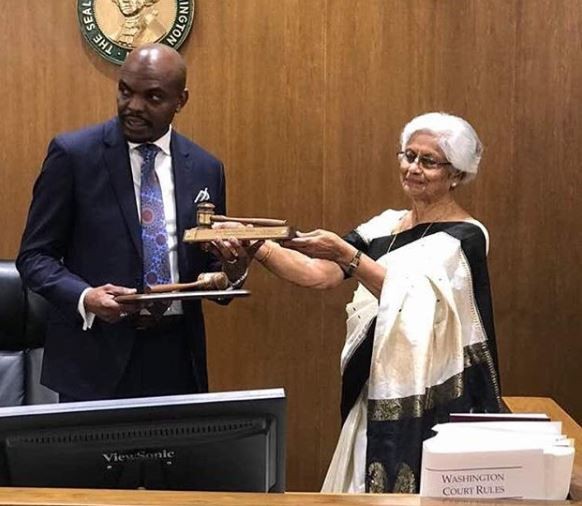 He has also worked in the office’s violent crime, property crime, and District Court units, and he represents the office on the Snohomish County Multiple Agency Response Team which investigates incidents of suspected excessive force by police officers.

He has successfully prosecuted four murder trials and has been recognised by his office for completing a high volume of jury trials. Before working as a prosecutor, Okoloko served as a judicial law clerk for former Snohomish County Superior Court Judge Michael Downes.