Lady marries man who photobombed her photos 7 months ago

A South African woman has tied the knot with a man she met 7 months ago after he photobombed most of her photos.

The lady said she was at a stadium on the 14th of March to see a game with her brothers. But the man kept looking at her and got into every picture she took that day.

He later walked up to ask her out but she refused. However, he kept at it until she fell in love with him and a relationship began.

They finally got married on the 14th of October, only 7 months after they first met.

Read her story below. 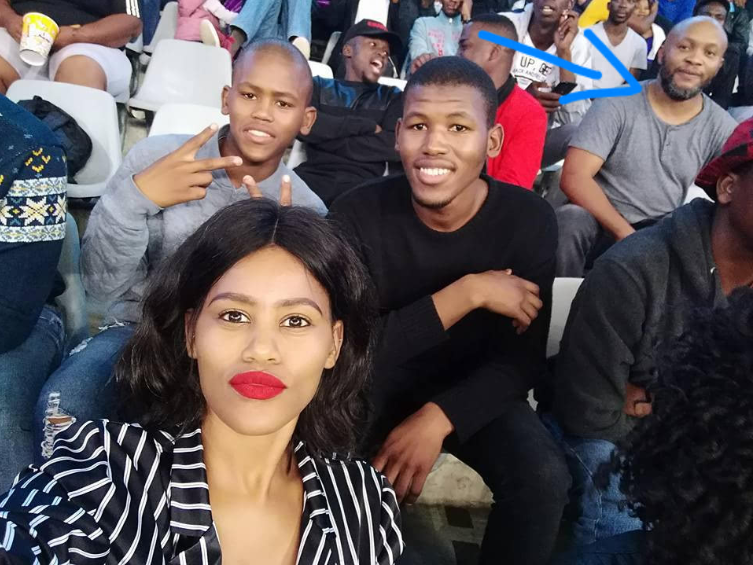 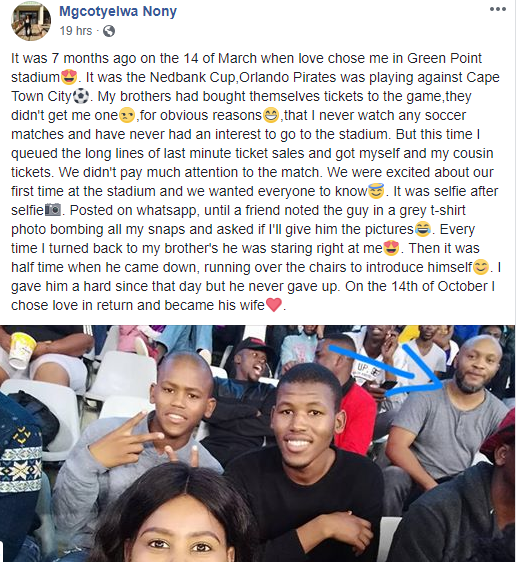