The body of a newborn baby was found in a well in the northern part of Nigeria and it is believed to have been dumped there by the mother.

The baby’s body was found floating in the well by a neighbour who then raised alarm. Residents gathered around the well and fetched the baby out using a fetching bucket.

Photos from the scene was shared on Facebook by Musa Adamu.

The baby’s mother is still unknown but efforts are being made to trace her. 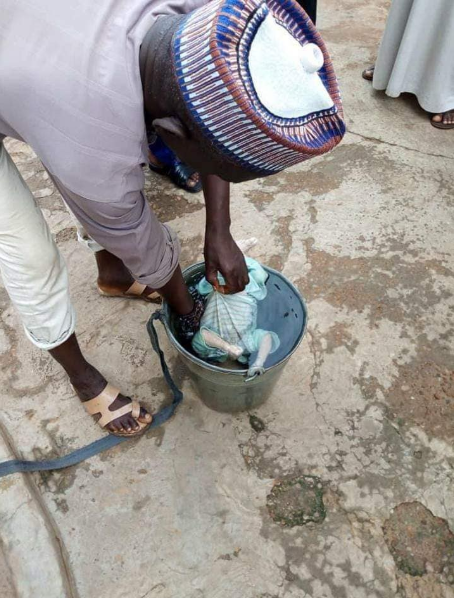 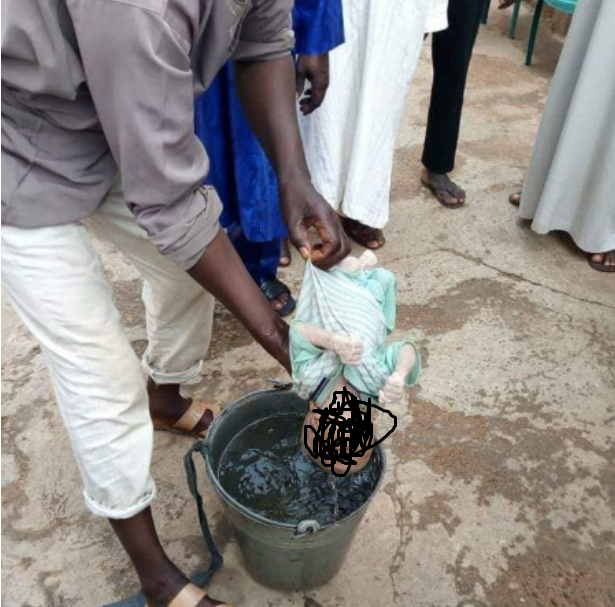